WELCOME TO THE 2020 30 GAMECHANGERS OF INDIA

After months of selections, we have successfully picked 30 individuals from across India or of Indian heritage that are changing the world with their voice.

We believe that change is coming.

And the individuals below are some leaders making this change possible.

Scroll down you will be able to find all the Gamechangers and if you scroll a little further you will find bios all of our Gamechangers!
Till next year,
The HostYourVoice.org Team

About the nomination process

Each member of the HOSTYOURVOICE's 30 Gamechangers ™ must be  nominated by a  HYV ambassador in India.

We are the world's first online incubator for social entrepeneurs. If you are involved with social impact, education, or a space that involves people's lives being changed, we want to help give you a voice.

Lets get in touch? 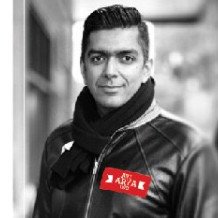 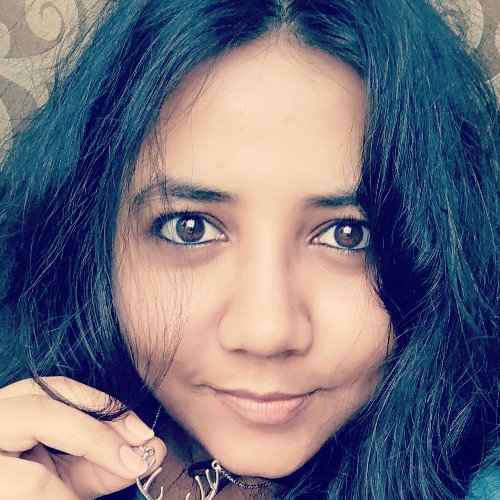 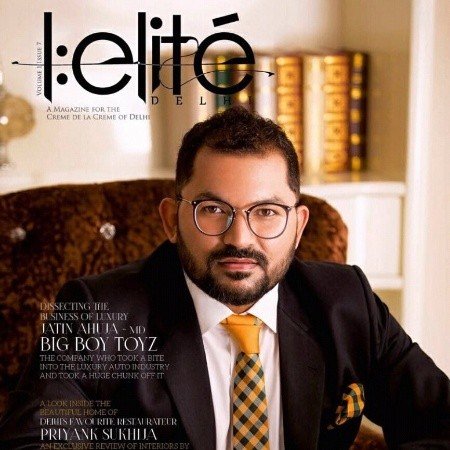 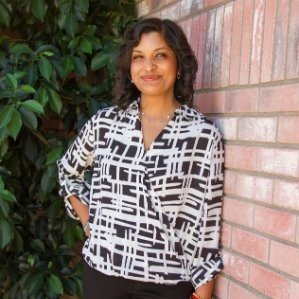 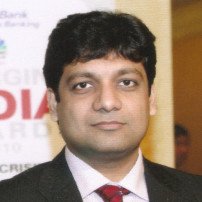 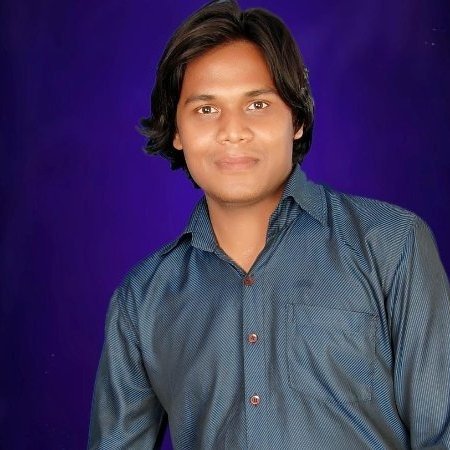 a digital training ground for the generation of millenial and GenZ entrepreneurs, investors, and creators.

I want to start early
FREE 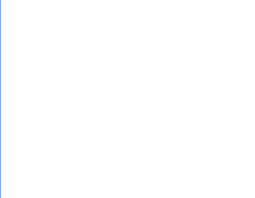 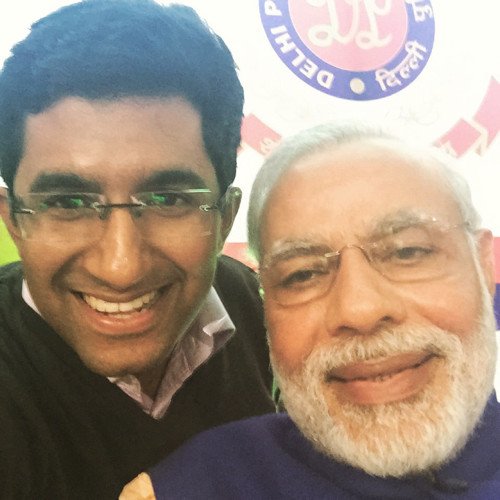 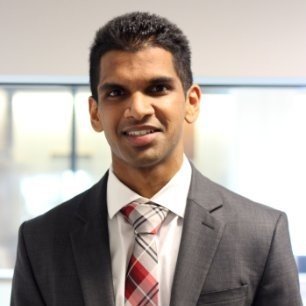 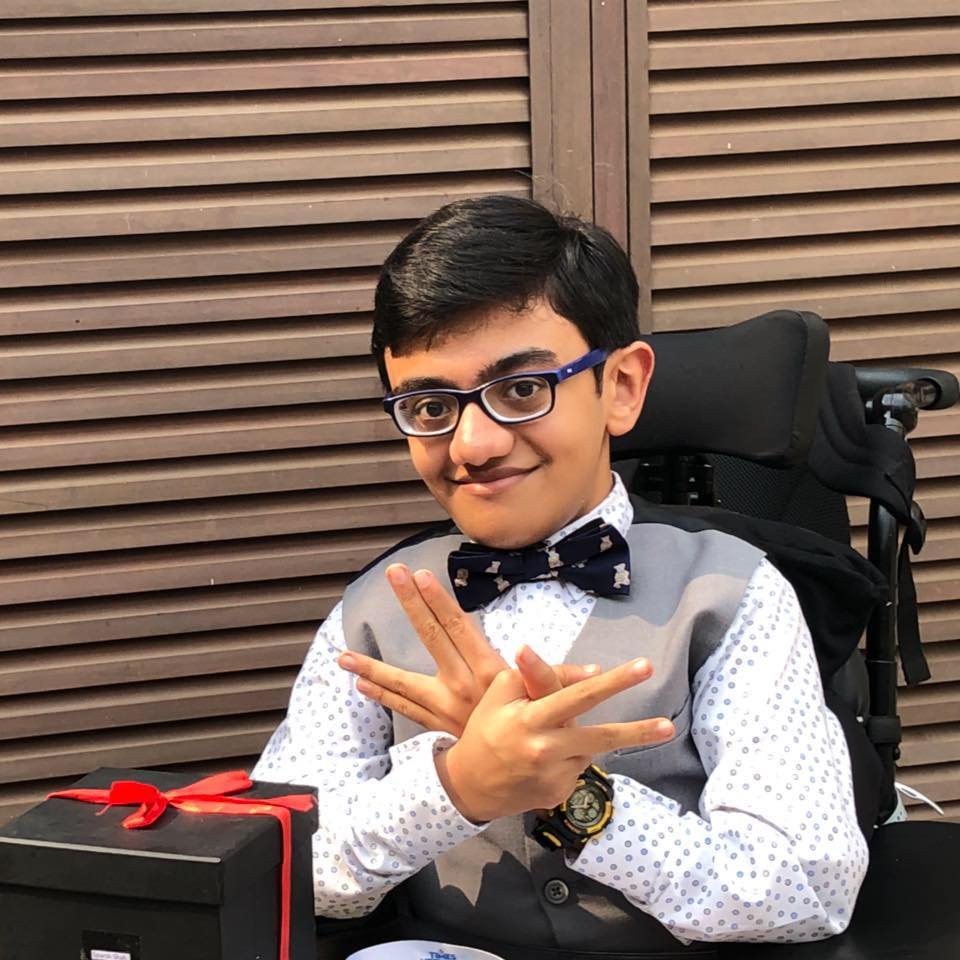 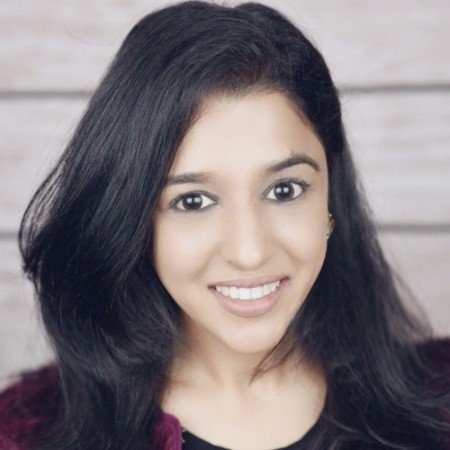 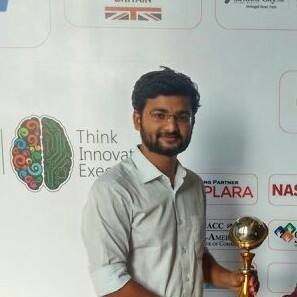 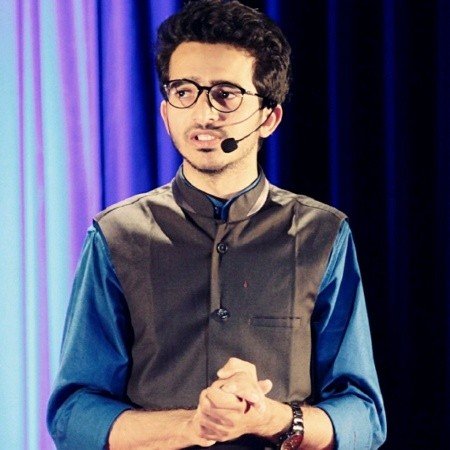 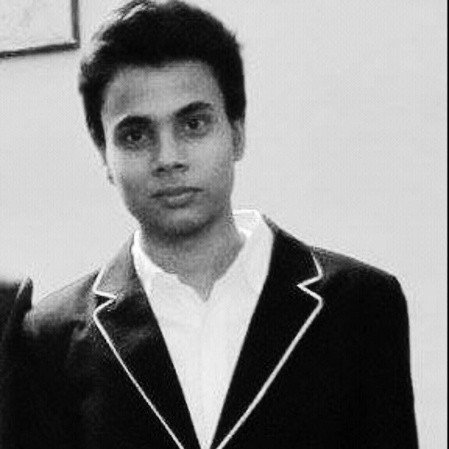 Founder & CEO of The Publicity Dude 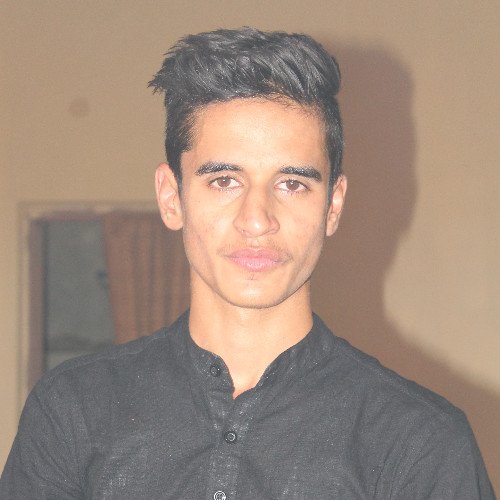 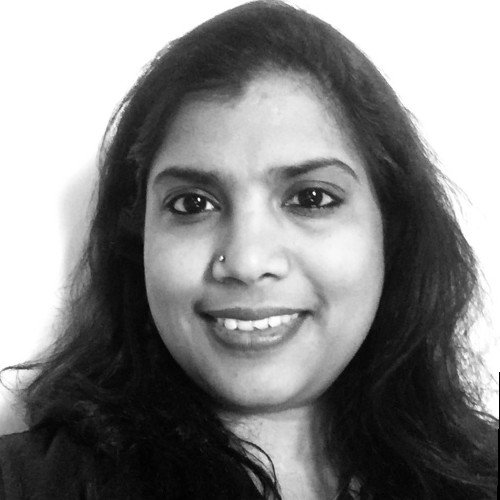 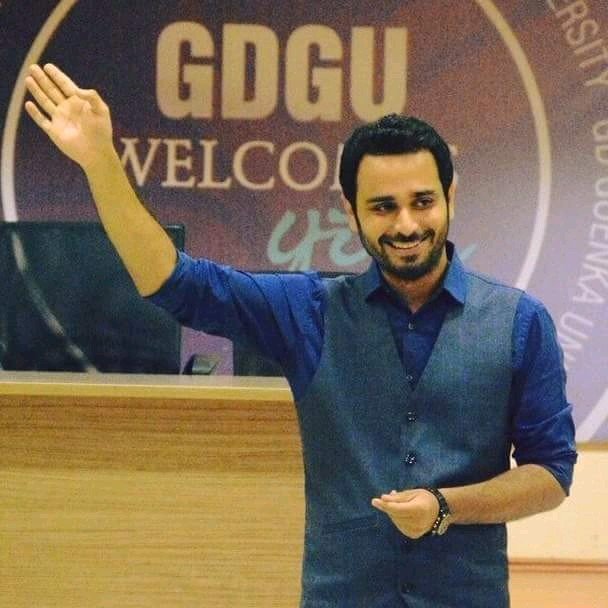 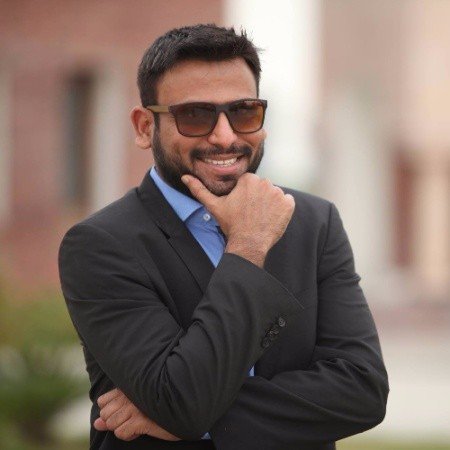 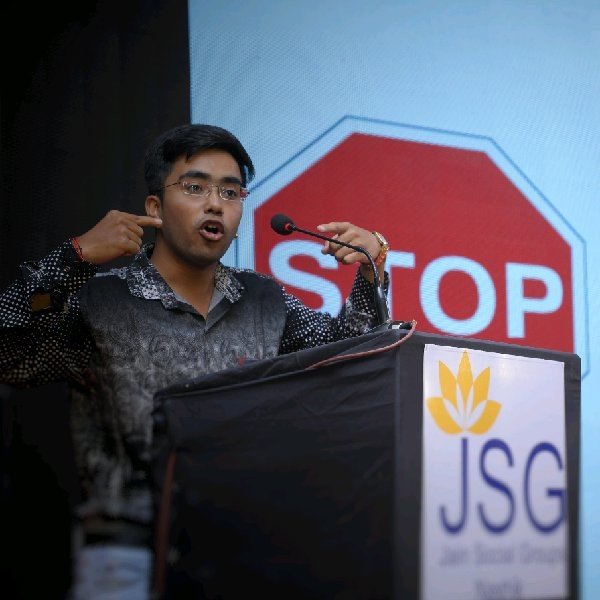 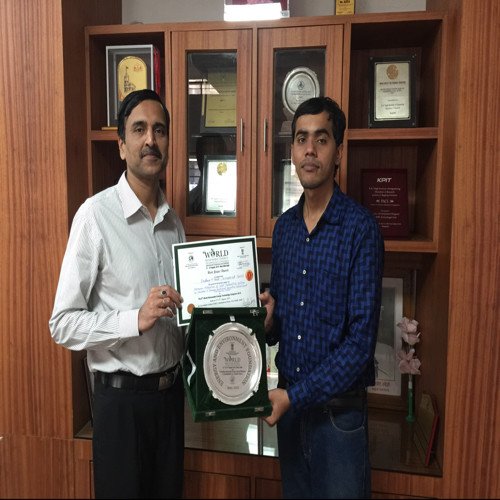 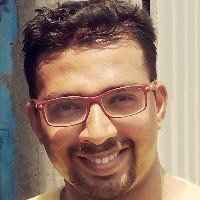 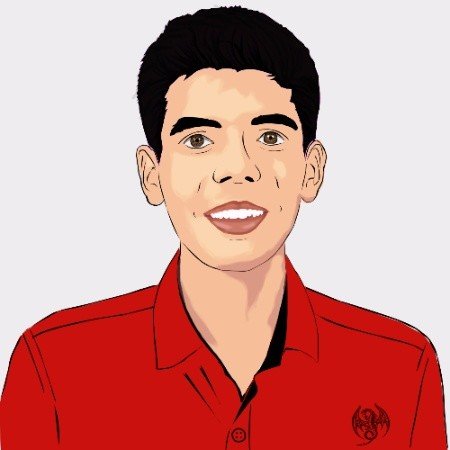 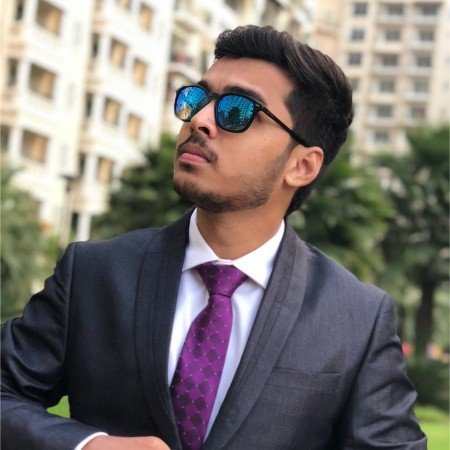 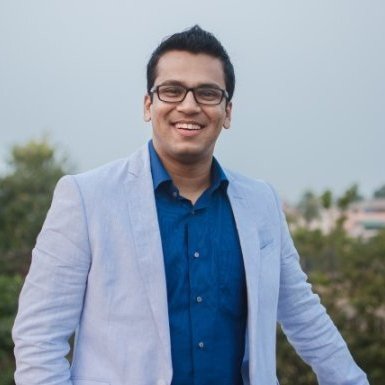 A little about our 30 Gamechangers™

Devishobha Chandramouli is the founder of Kidskintha- an exclusive blog focusing on the emotional health of millennial parents and kids, that was recently voted "The most loved blog of 2017" by Healthline, USA. Devishobha also lends her voice as a columnist on several publications like The Good Men Project, Addicted2Success, Thought Catalog, Parent.com, Tiny Buddha, Huffington Post, Inc.com, Entrepreneur and many others.

Pratik Magar: has been a delegate at Sweden-India Nobel Memorial Week and his startups was awarded in the top 3 startups,TiE.His startup ‘Fizzible Tech’ went onto win the Global Student Entrepreneur Award at the Global Student Entrepreneur Awards,2016 where participants from 48 countries participated . Pratik has been awarded winner of 28 different B-plan competitions for Fizzible, held across the country.

Jatin Ahuja is a visionary and a daring professional.Right from an early age his 2 traits were very clear, Love for cars and Sharp Business Acumen. Starting in the first year of his college with an investment of 70,000 Rs , by 24 he became the largest importer of premium cars in India.By the age of 29 he had created Big Boy Toyz - The foremost brand in Premium Automotive retail.Featured in 35 under 35 list of Entrepreneur magazine and Delhi’s finest by Elite Magazine, Jatin today operates from his 180+ car showroom that is biggest car showroom in the Country. The showroom has been recognised as Asia’s most promising car dealership by CMO Asia Awards.Big Boy Toyz” under his leadership is now planning to expand its footprints across India and is about to Launch its Hyderabad Showroom.Other cities in line are Mumbai, Kolkata & Chennai"

Deep Kakkad is a 21-year old Entrepreneur & a Growth Hacker, who has worked with more than 30 companies in the capacity of a consultant and is also the Marketing and Growth Lead at Growzila.com & KeywordSonar.com.

Dr. Ritesh Malik is an Indian doctor, entrepreneur and investor. He is honored to be in FORBES 30 under 30 Finance and Venture Capital List- ASIA of 2016. He's also the CEO of a Y Combinator company, Innov8.Work. Ritesh runs a virtual Startup Accelerator in India, currently investing in and mentoring 20+ startups across various industries. He was the first investor & mentor of FIN ROBOTICS, which became the first Indian hardware product company to raise a Series a venture funding.

Arya Avijit run's Internet Moguls, a complete hybrid tech + service agency for hotels, restaurants, travel companies, airlines and tourism boards offering end to end digital marketing solutions to over 600 hospitality companies in 11 countries delivering ‘guaranteed revenues’. He was recently featured among the ‘Top 25 Most Influencive Influencers of 2017’. He was listed among the ‘Top 100 Digital Icons of India’ by Impact Magazine.

Amandeep Thind is an international inspirational speaker and transformational trainer.He is the founder of 'Emerging Brilliance’.He is also the awardee of 'Best Tony Robbins Unleash the Power Within (UPW) Preview Trainer and author of the forthcoming book 'The Secret of Winning’.

Rahul Bhatnagar: His first entrepreneurial venture created a staggering revenue of 55 Million INR for a direct selling company in just 6 months.Having worked with more than 150 brand till now and having featured in highly decorated platforms such as Yourstory,Times of India along with motivating more than 30,000 students,Rahul is a true inspiration.

Vanky Kenny Kataria is a two time representative of India in public speaking. He is a Keynote speaker and a LinkedIn brand consultant. His work and accomplishments have been featured in books- Love What You Do, Your 10 Year Old Self, 30&Under and magazines such as - Entrepreneur (2x), Huffington Post, Buzzfeed, Readers Digest, MSN, IdeaMensch and others. He is also a Visiting Professor at Rasbihari International School, India.

Jyotika Pruthi:  An engineer by qualification, she is wearing the shoes of a Professor, Poet and a Columnist. She is working as an assistant professor at The NorthCap University, Gurgaon where she teaches Computer Science to engineering students.
She holds the Young Investigator Researcher Award by Interscience and has been the TEDx speaker as well as the curator.

Deepak V. Maddila innovates on PR and Social Media Marketing. He has worked with influencers with thousands and even millions of followers and helped them get featured on major publications. He is passionate and inspired to tap "The Universe's Abundance" and make it accessible to humanity, he plans on accomplishing that by adding Positivity to people's lives via various forms of media.

Shaan Patel is an entrepreneur who closed a deal with billionaire Mark Cuban on ABC’s Shark Tank, the founder of Prep Expert SAT & ACT preparation, a dermatology resident physician, and author of Self-Made Success. He has built multiple 8 figure businesses from his dorm and using his time to give back to push education further.

Putul Tiwari is a former journalist, temporary traveller, and a permanent internet addict. Through KenFolios' stories, she and her team reach more than 50 million people every month fusing them with positivity and inspiration.
Her readers testify that the stories she curates have prevented suicides, pulled people out from depression, pushed them to expand or start new ventures, and much more. Coming from a small-town in Chhattisgarh, she was the first female in her family to go outside, finish studies, and start earning her own bread.  She believes that hope of bringing about a change is the first step in bringing some.

Srish Kumar Agrawal is the founder and CEO of A1 Future Technologies. His Logo Design Team is one of the top 5 logo design companies in the world.He is an Angel investor and a brand consultant.

Abhik Shome is a leading business consultant and an online marketing thought leader. Abhik is also the Founder and Editor-in-Chief of The Starting Idea, a growth marketing and self-development magazine exclusively focused towards giving fast-paced actionable strategies and tools for the modern day entrepreneur. As CEO of Brand Bridge Solutions, a digital marketing agency, Abhik is regularly quoted in mainstream media outlets. Being a contributor to inc.com, YourStory, and other major publications, Abhik is a leading advocate of entrepreneurship.

Rohan Chaubney is a content marketer, PR strategist and social media growth hacker. Rohan has consulted and executed over 60+ growth campaigns for small and mid-size businesses. Entrepreneurs and businesses on every continent are using Rohan's growth machinery to increase their influence and affluence.

Arshdeep Bhardwaj is the founder and chief executive officer of Acheev Inc. Bhardwaj has been featured in The Huffington Post, The Times of India, Dainik Jagran and many more.

Mathew Joy Maniyamkott, a freelance writer for Entrepreneur Media India,Business Line,YourStory Media,The New Indian Express and is one of the finest writers the country has.

Sparsh Shah: A 14 year old bound to a wheelchair because of Osteogenesis Imperfecta, a disorder which affects the bones and breaks them, Sparsh Shah doesn’t let it affect him. He has accepted that he can’t walk or run like other kids of his age, but there are also many things that Sparsh can do but kids of his age can’t. A confident public speaker, Sparsh has performed on several community events and has appeared on many radio and TV shows. Sparsh is multi-talented. He performs at community events and has appeared on local radio stations and television shows, besides hosting shows as an MC.
He has memorized 250 digits of Pi, can say the 12 longest words in the English dictionary in less than 18 seconds, and can speak in four different accents in English

Rahul Singh, 22 is a PR by profession, strong writer and columnist by passion and a swift learner by inclination. At a fairly young age he decided to create his own venture ‘The Publicity Dude’ in 2016 which is doing exceptionally well since it's initiation.

Bishal Sarkar:What most people know about Mr. Bishal Sarkar is that he's the highest paid public speaker in India.He is one of the most amazing speakers in India. Currently he mentors men corporate professionals who are struggling with stage fear & lack of confident presentation skills and he turns them into the confident man.so they can have faster career growth presentation skills.

Congratulations to our Class of 2920 Changemakers

“Never doubt that a small group of thoughtful, committed, citizens can change the world. Indeed, it is the only thing that ever has.”
- Margaret Mead